I’ve often said that life is a series of decisions. Each decision we make, sets life in motion toward another decision to be made, and so on, and so on. Two days ago, I rolled out of Port Hardy, a little town at the top of Vancouver Island and made the decision to explore Fort Rupert, a nearby smaller town. There is a gallery in that town according to Google.
As I coasted down the hill into town, I realized the little town is populated mainly by Natives Indians. Viewing the cemetery with hand carved wooden crosses and totem poles going back to the 1800’s was a treat within itself, but seeing eagles above made it even more special.

I did find the gallery, but was told that it was closed, that the owner was away right then. The lady who told me is Bev, a full-blooded Kwakiutl First Nation. I proceeded to tell her about my adventure, the things I’ve seen and the people I’ve met. That conversation led to talk about her tribe and their history. Sadly, the history was not pleasant. Bev was one of 15 children. She told me there are only 6 of the 15 still alive due to drug and alcohol abuse. She told me about the schools they had to go to where they were told not to speak their native language or behave in any way that exhibited their culture. These children were stripped of their culture and most were physically, mentally and sexually abused. Some had unexplained deaths. Yes, these were Christian based schools. How could that have happened? Why are people so savage to each other? I don’t understand.
On a better note, after our discussion, Bev asked if I would like some salmon. She had just preserved some in mason jars. I had never tasted salmon like that! I was honored. On the way to her house she showed me which berries were which of the bountiful vegetation alongside the road. I tasted Thimble berries which look like short raspberries, Salal berries which look like blueberries and huckleberries which made me think of and feel like Huckleberry Finn. 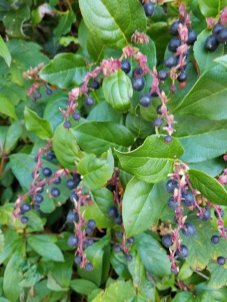 After a walk on the rocky beach, I hopped on my bike and climbed the steep hill out of Fort Rupert to continue my journey to toward Port McNeill. When I arrived at the campground near the marina, the first thing I saw was an old converted school bus. I had to see the inside, so I waved to the couple who were sitting at the dinette in their kitchen area and they invited me in. This is when I met Uwe & Tamara Rothoehler who have thick German accents and live further south on the island, but regularly hop in their converted bus to explore the island.
They offered me a seat and a bowl of fresh cherries as we shared stories of our travels. They have been married 48 years and have three grown sons. They told me about their many projects, such as homes they’ve built with their own hands, vehicles thy have restored and even about the years they lived on a sailboat. So many adventures, and so many more being planned. Having been divorced twice, I so admire their long term love affair. And after all that time of being together, they still seem to like each other! Lol

Yesterday was wonderful as well. I left my trailer and “baggage” at the campsite and rode my bike down to the marina to hop on a ferry to explore nearby islands. The second island I went to is named Alert Bay. After rolling off the ferry, I enjoyed some Bannock (Indian fried bread) covered with blueberries, strawberries and whipped cream from Dutchess who is know near and far for her fried bread made at a roadside tent in the marina. Absolutely delicious!

I continued down the road and was greeted by a gentleman with an interesting hat. Being the smartass that I can be, I told him that his hat was pretty cool and asked if it had been a lampshade before. He smiled and told me the story of an old Indian chief who wore a similar hat. His son-in-law wove his specifically for him. And so I met Michael who used to be a CRMP (Canadian Rocky Mounted Police), quit and went back to his home on Alert Bay to help reestablish their tribal justice system where people are required to sit down together in a hut and no one is allowed to leave until their differences are resolved. What a concept! Why can’t the powers that be throughout the world adopt such a simple idea? Would that be too easy? 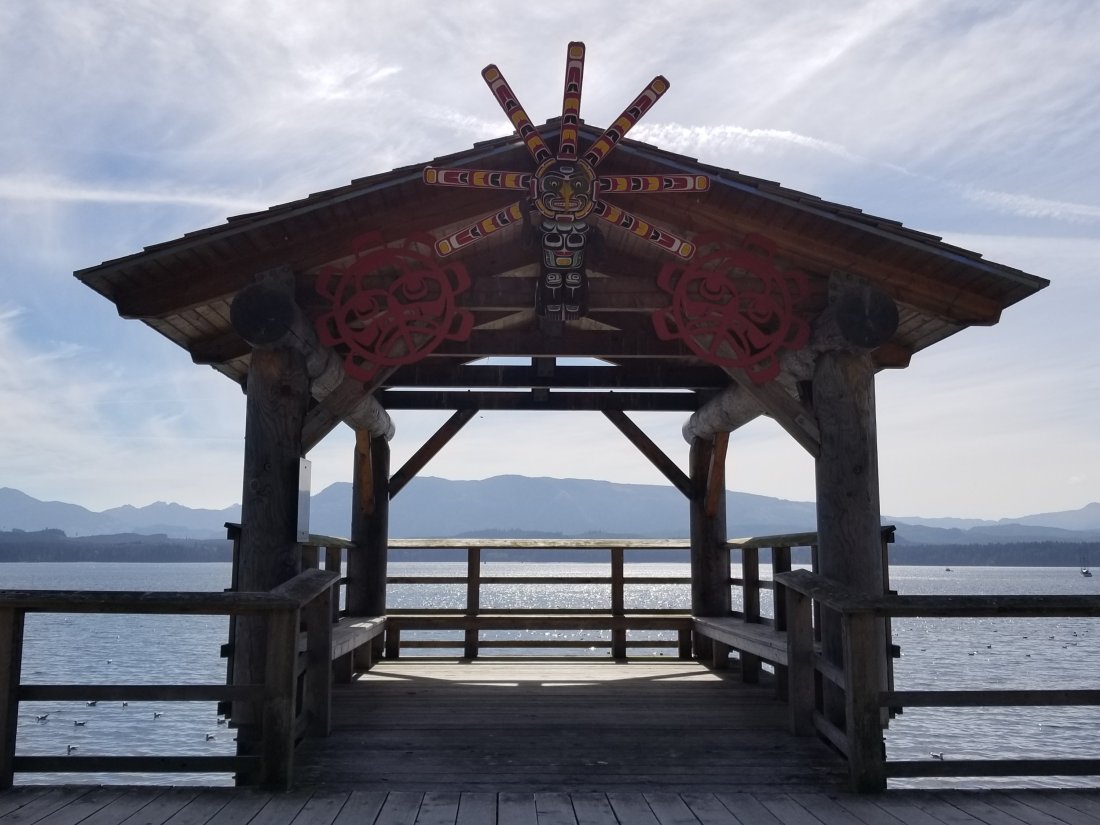 As we walked along and Michael told me many facts about the island and the natives, I picked up a feather and asked what kind of bird it came from – hoping it was a young eagle feather. Michael corrected me and said it was a pigeon. Oh well, wishful thinking. At that point, Michael asked me if I would like an Eagle feather. He said he has a collection of them. I was honored and excited. We went up to Michael’s house on the hill above the area where the reservation school used to be. As we walked across the now empty field, he stopped to tell me stories similar to Bev’s about the abuse that was inflicted on the Indian children. So very sad.
We arrived at Michael’s home where I met his wife and heard more stories that brought tears to her eyes as she told them. Having to catch the ferry, I scurried out, but not before Michael handed me an Eagle feather and a jar of two day old Sockeye salmon like the one Bev gave me. I was honored by their kindness toward me, a crazy stranger riding a bike to Mexico. Another wonderful occurrence was as I rode away from Michael’s home, I looked up and saw three eagles circling above in the afternoon breeze. What that could mean, I have no idea, but it all felt wonderful.

I later arrived back at camp and was pleased to see Uwe & Tamara, who had planned on leaving, but were still there. We sat down for tea and shared the adventures of our days as well as the salmon Michael had given me. It was absolutely delicious on fresh bread and the last of the Triscuit crackers I had in my food bag. Kid Rock has a song with lyrics that are more than perfect… “It’s times like these we can’t replace. It’s times like these we must embrace. And even though it’s bittersweet and brings us to our knees, it makes us who we are, in times like these.” 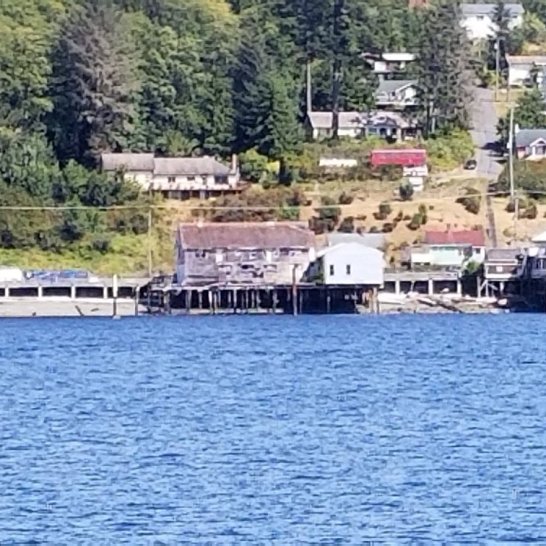 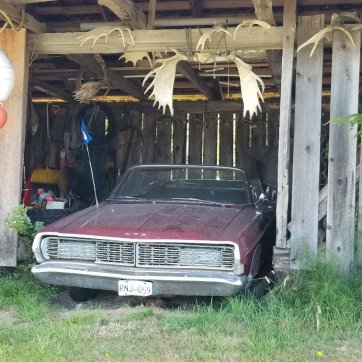