There’s something about riding a bike long distances that can’t be described and can only be understood by those crazy enough to do it. That thought came to mind yesterday when I met Yvan, the Canadian that Giuseppe rode with in Canada before I met him in Washington. The first thing he said to Giuseppe was “It feels good to be on my bike again” after hanging out in San Diego for a week and a half, waiting for us to get there. I’ve heard that from other riders as well. There is a sense of freedom as you roll down the road, seeing everything around you, not having to stop at gas stations, feeling the warmth of the sun and the tightening of your legs. It’s a pleasure/pain kind of excitment.

For me, it was good to be on my bike again. Giuseppe and I hit the road Saturday morning and logged 60 miles to San Elijo State Beach. Yesterday, we hit the road around 8:00am, taking a few short breaks along the way with the first goal being to meet up with Yvan at the border. One quick stop was to see something Giuseppe brought up, that I had never seen before, the “Kissing Statue.” It’s officially known as “Unconditional Surrender,” a re-creation of the famous embrace between a sailor and a nurse celebrating the end of World War II in Times Square. 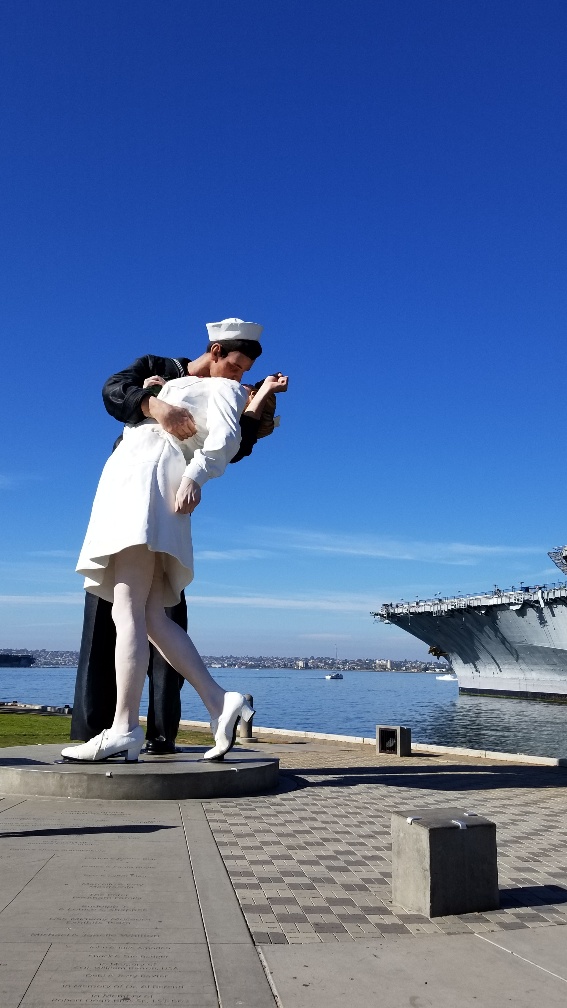 Definitely a beautiful statue. She must have been a Jewel.

Here are some pics of the ride to the border… 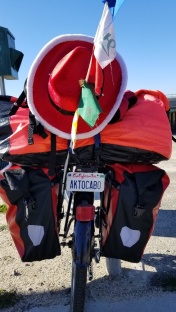 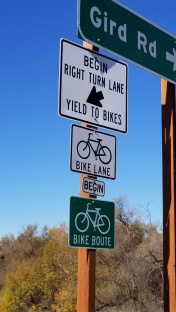 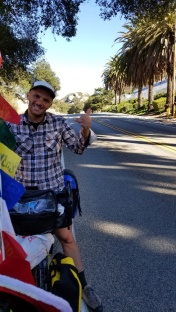 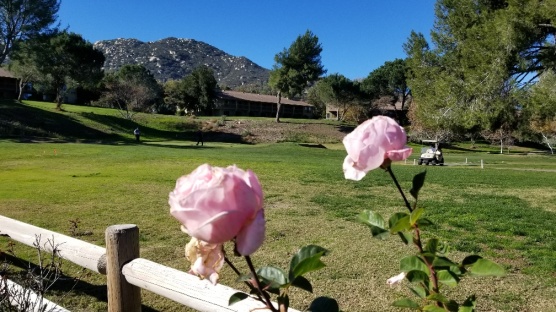 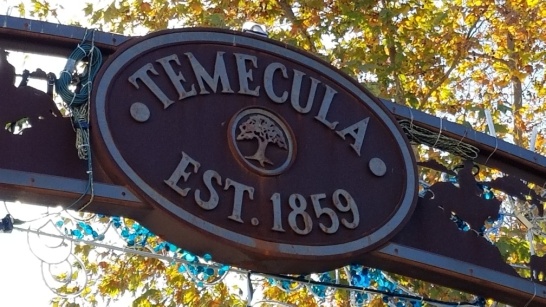 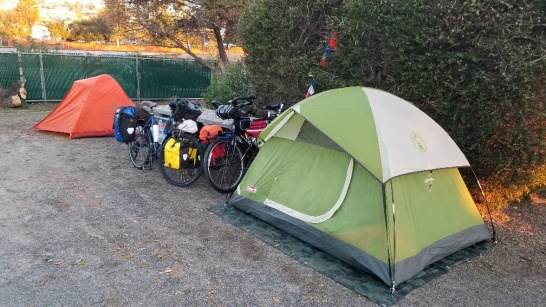 And yes, we had to stop and smell to roses. One enjoyable thing experienced was the various cyclists who rode with us for short periods asking about our adventure. We may have inspired a few of them to try Bicycle Touring.

Although I’ve crossed the border into Baja countess times, riding my bike across was a new experience. The way across with a bike is through the pedestrian passage where we had to remove our bags and have them x-rayed. From there, we rolled through Tijuana and headed toward the coastal road. Yeah, we weren’t supposed to be on that road, but it is the quickest, most scenic route. In order to get on the stretch from the Tijuana beaches to Rosarito and avoid the toll booth, we had to ride through the Playas area until the edge of town and then take a dirt trail up to the highway. From there, it was smooth sailing. 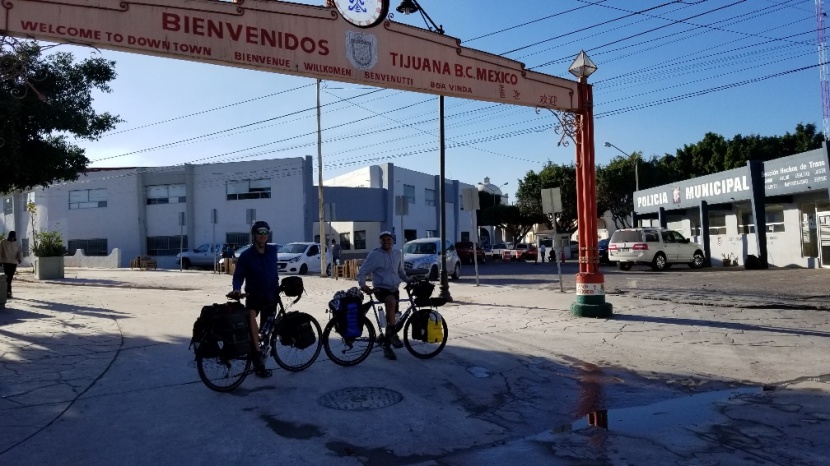 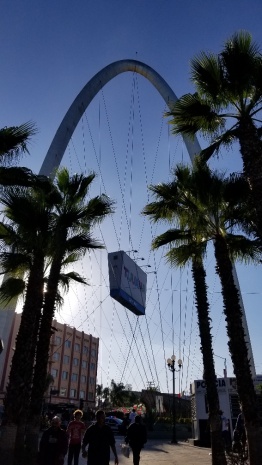 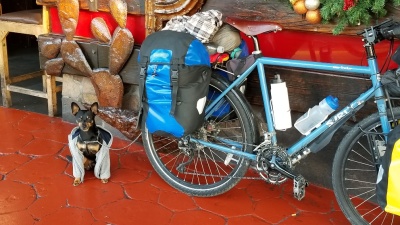 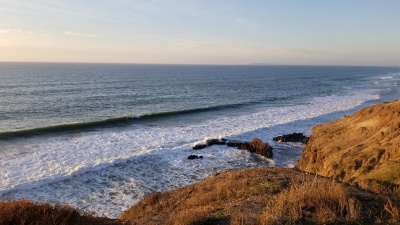 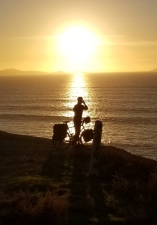 After a couple of taco stops we made it to Rosarito where my dear friend Billy greeted us with a shot of tequila. Today is a day of rest after logging 126 miles over the past couple of days. The weather is perfect and the Pacific Ocean is 100 footsteps away. 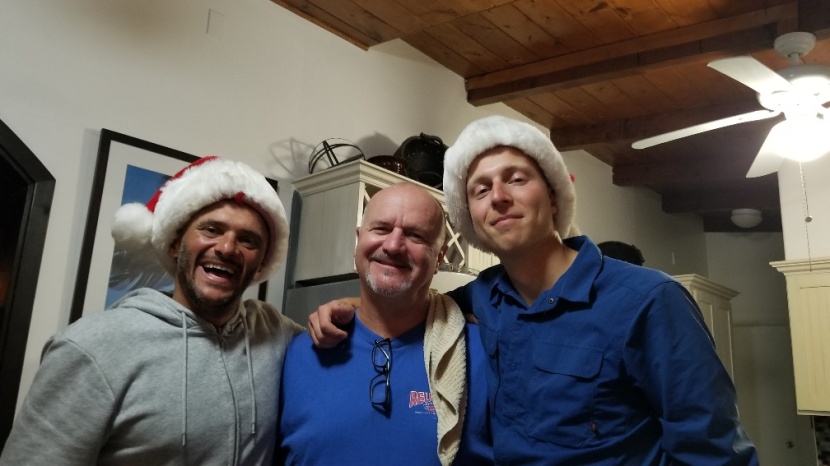 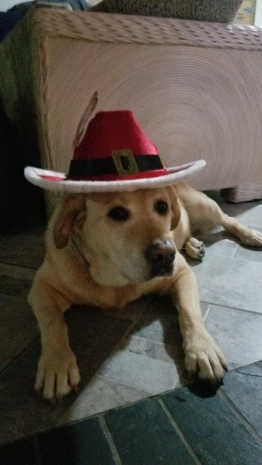 Thank you for following me on this journey. My birthday, Christmas and the New Year will be spent somewhere between here and Cabo under the horizon to horizon stars of the non-light polluted desert skies of Baja. 🙂