Today was an interesting day. It was Christmas Eve and we rolled out of San Felipe. Everyone we spoke to said the roads south were torn up from the hurricane in October, but Hans from Germany and Daniel from Switzerland both made it through this section as well as the many other riders I didn’t have the pleasure of meeting, so it is passable. The first 30 miles were the typical torn up Mexican roads and then it got worse. As I pedaled down the road, I saw a cone in the middle of the lane. It was ther for good reason. There was a pothole that was 3’ wide, 6’ long and about 3’ deep. That could definitely do some damage to a car! 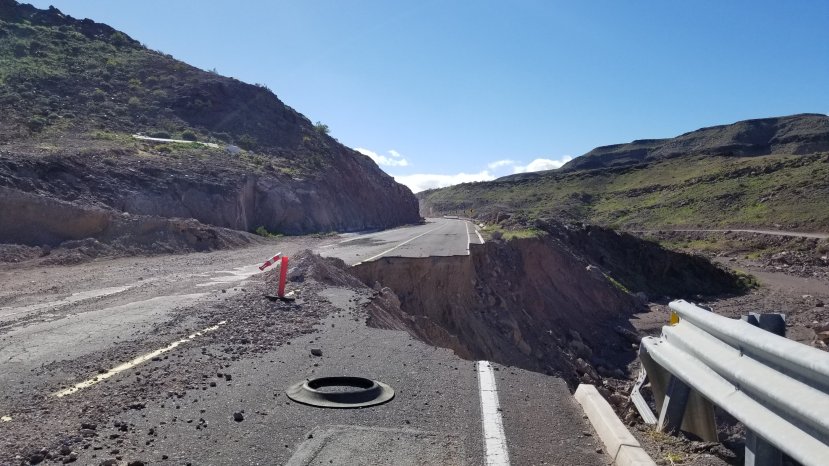 Somewhere along the bumpy road, Giuseppe lost his tent. It slipped out of the bungie cord tie down. While I sit here typing, Giuseppe is riding his bike back a few miles to see if he can find it. Hopefully he does, but if he doesn’t, the lady who owns the campground has one for sale.
We’ve been told that the road ahead is worse than the the road we’ve traveled on so far. I’m definitely going to secure everything more so! I’ve already checked all of the nuts and bolts on my bikes to make sure nothing has loosened up so far.
Even though the hurricane has done damage to the roads, it has watered the ladscape and created beautiful colors. I’m seeing sand dunes covered in purple, yellow, red and new growth green. Absolutely amazing! 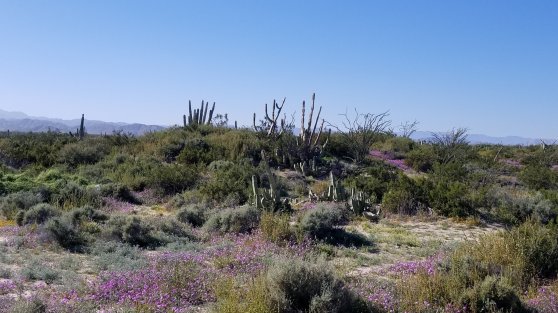 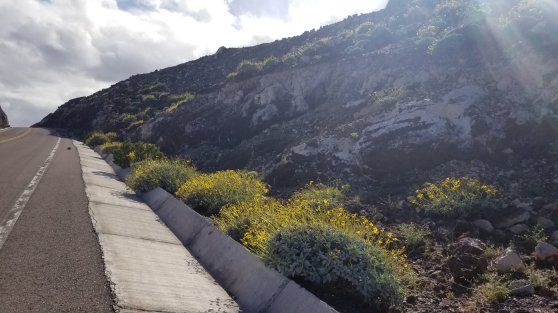 On the way to Puertecitos we passed the Valle de los Gigantes, a valley full of giant cacti. I’ve never seen cactus so big! 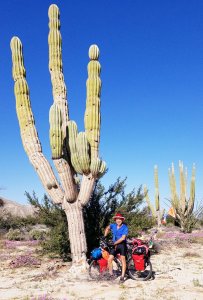 I have to mention some of the people I’ve met along the way. Let’s start with Bob. Bob was our next door neighbor in San Felipe. He is 79 years old and still out exploring. He is a kayaker. His plan for his 80th birthday is to paddle 200 mile down the Columbia River to the coast and then back 200 mile to his home. I told him that I want to be like him when I grow up!

Here in Puertecitos, we met up with a couple that were camping near us in San Felipe as well. To me, Miles and Meagan are a perfect couple. I see them at peace with each other. Last night between Scrabble moves, I saw Miles reading a book and Meagan flossing her teeth. Call me strange, but as the warm wind blew across the bay, I saw them in perfect harmony with each other on Christmas Eve. I cant forget to mention Moss, their 7 month old little boy. After staging some Christmas morning photos, I decorated the post of their Palapa for little Moss. Everyone deserves a picture of their first Christmas in front of a Christmas Tree. Considering everything is repurposed in Mexico, we can’t forget that even that post was a pine tree at one time, so technically, I’d say that counts as a true Christmas tree! 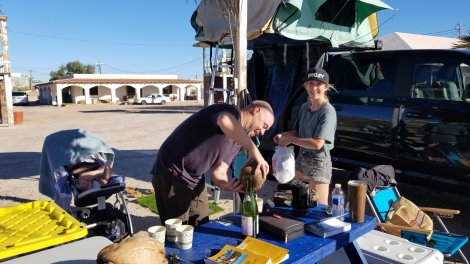 Thank you for following me on this adventure! Last year, I had no idea I would be spending Christmas on a beautiful beach in Mexico with no cell service, surrounded by new friends and natural hot tubs. Here are some pics for your viewing pleasure… 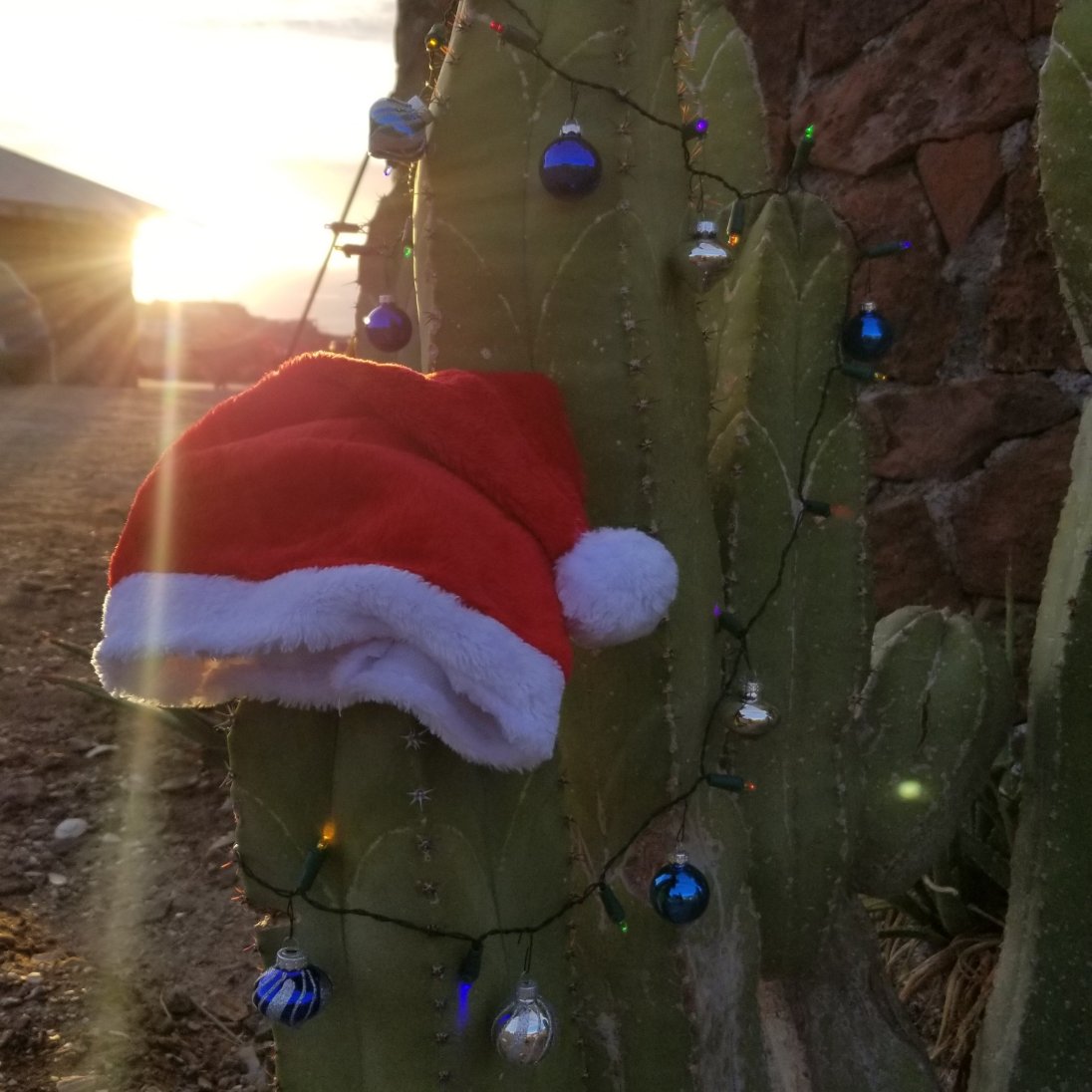 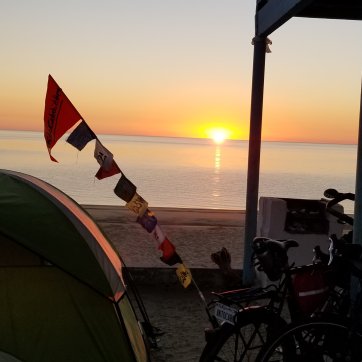 One thought on “A Baja Christmas”