Training has continued for me in many forms. I’ve been going to the gym Monday through Friday and spending some quality time on the spin cycle to get my spin rhythm groove going. Although the spin cycle has many different settings, I’ve been consistently choosing the hill climbing setting. Endurance is one thing, but if you can’t climb hills, you’ll end up pushing your bike… up the hill.

The first time I rode the Rosarito to Ensenada 50 mile bike ride, I trained, and trained, and trained. That year, I rode a heavy mountain bike and made it up El Tigre (a hill that keeps you in 1st gear for 3 miles) and the 2nd hill which wasn’t much easier. My thoughts were that the back roads of Mexico would require a mountain bike, but 75% of the riders were on road bikes. The years after that, I rode my road bike and enjoyed the lightness and speed of half the bike weight.

One of the changes I made to my road bike was change the rear gear cassette, adding a larger 1st gear which made hill climbing easier on the knees. Yesterday morning, my bike ride goal was to climb one of the steepest hills around here that I’ve scaled on my road bike in the past. I wanted to see how my 29’r would do considering there will be a few hills and mountains on my coming adventure and I will be pulling a trailer. My 29’r currently has an 11-32 9-speed rear cartridge. I have noticed that first gear is pretty low and has taken me everywhere I needed to go while training… but long, steep, paved hill climbs had not been attempted. 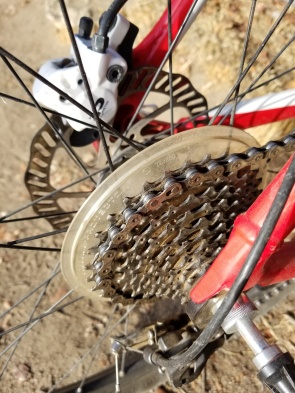 I picked the Santa Rosa Plateau for training once again as there are steep hills and little traffic early Sunday mornings. I crested the hill I had in mind and appreciated the stock gearing of my 29’r, but something tells me I will have greater challenges in Alaska, Canada and along PCH (Pacific Coast Highway). Considering these challenges ahead, I’m going to order an 11-36 gear cassette and climb this hill one more time.

Overall, my testing was wonderful as the morning air was cool and the sun glistened through the blossoming poison oak along the trail… 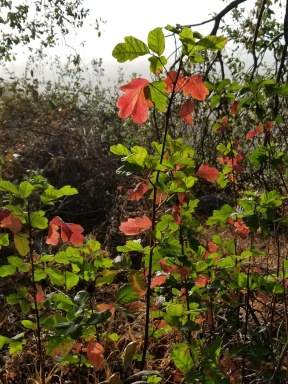 Other good news is that my adventure will officially begin July 21st. I have my ONE WAY ticket to Anchorage, Alaska. No turning back now!

One thought on “Getting My Act in Gear”